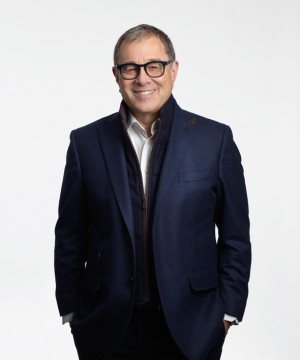 Ross Kaplan is McLeod Law’s elder statesman. Joining in 1983 and being one of the original partners in 1985, he is the firm’s longest-standing member. And, as his history has shown, there’s no slowing him down.

A relentless work ethic drives Ross. Even in the firm’s early days, he was the first one in the office, last one out. “I can sleep when I’m dead,” he declares. Today, he’s the senior partner at McLeod, a Queen’s Counsel appointee and founder of the Personal Injury group.

Ross loves personal injury because “It’s the only area in law where clients actually hug you when you’re finished,” he says. “I do for people what they can’t do for themselves.” His clients clearly love him for it. On both Martindale-Hubble and Lawyers.com, clients have ranked him 5 out of 5. “They know I’ll get the work done.”

A fierce believer in mentorship, Ross has dedicated himself to mentoring junior lawyers and sharing his case work. Of the 12 lawyers in the Personal Injury group, he’s mentored and supported them all. “I’m a ‘one for all, all for one’ kind of guy,” he says. In a firm strong in legacy work and long-time clients, his philosophy contributes to that legacy. “Together we make ourselves better.”

Recently, Ross’s son was called to the bar. His principal was McLeod’s Jackie Halpern, and Jackie’s principal was Ross himself. The legacy lives on. In the meantime, Ross brings in new clients and works at the same indefatigable pace. Will he slow down any time soon? Not a chance. “As long as I’m still adding value to the world, I’ll continue.”